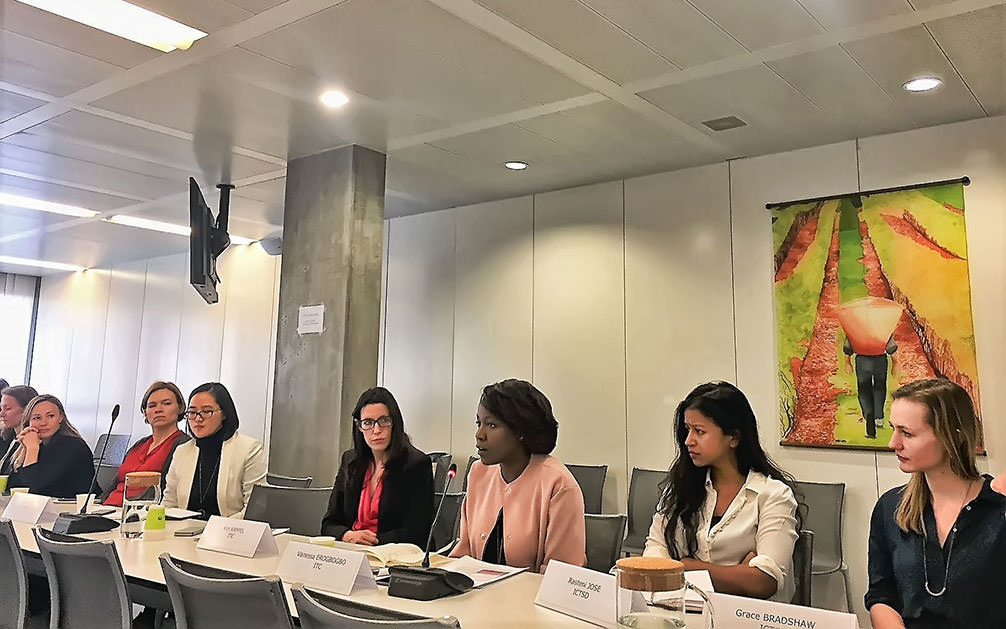 The ACWL hosted a roundtable on “Women in International Trade” on 21 March 2018.  Over 40 delegates from developing, least-developed and developed countries, women entrepreneurs in small and medium-sized enterprises, lawyers at the WTO and at private law firms involved in WTO dispute settlement, and staff from international organizations participated in the Roundtable.

Cherise Valles, Deputy Director of the ACWL, chaired the Round Table.  The participants discussed the adoption of the “Declaration on Trade and Women’s Economic Empowerment” by over 120 WTO Members and Observers at the Eleventh  WTO Ministerial Conference in Buenos Aires in December 2017 and exchanged views as to how to give effect to item 5 of the Declaration that calls on Members to “work together in the WTO to remove barriers for women’s economic empowerment and increase their participation in trade”.  In addition, the participants heard from:

Participants also discussed the practical steps that could be taken to empower women in the multilateral trading system, as well as the growing prominence of gender equality provisions in free trade agreements, and the advantages and disadvantages of including gender considerations in WTO agreements or related instruments.

The ACWL would like to thank all of the participants for their attendance and active input in the very stimulating discussions. 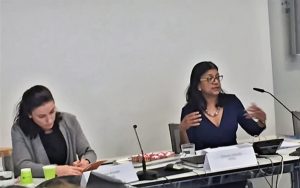 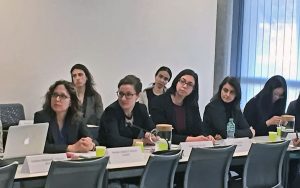