Any Member of the WTO and any State or customs territory in the process of acceding to the WTO may become a Member of the ACWL on terms agreed between it and the General Assembly.

Each protocol of accession sets out the amount that the acceding country contributes to the Endowment Fund and may include a clause giving the acceding country provisional access to the ACWL’s services in the period between the signing and the entry into force of the protocol.

The ACWL has adopted decision-making procedures for accessions that permit the approval of the terms of accession within less than four weeks.

Developing countries make Endowment Fund contributions ranging from CHF81,000 to CHF486,000 depending on their share of world trade and level of development.

Developing countries may pay their contributions in annual instalments over a period of five years. 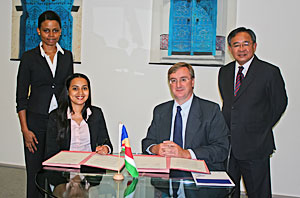