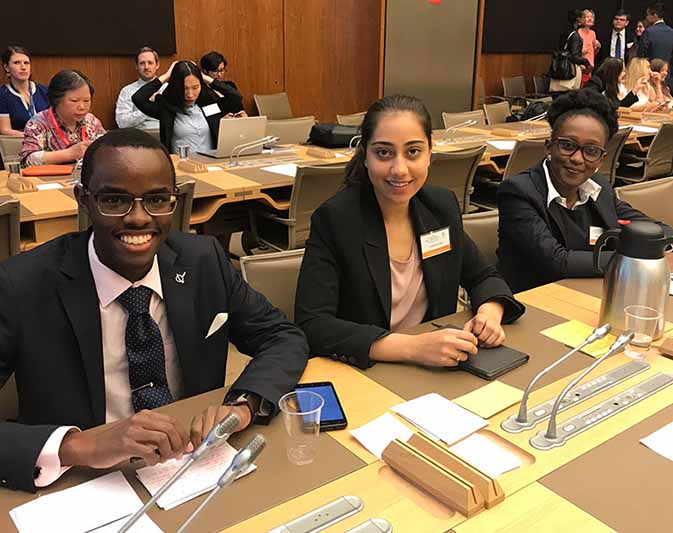 On 15 June, a team from Strathmore University, from Nairobi, Kenya, won the 2019 John H. Jackson Moot Court Competition on WTO Law. The final rounds of the competition were held at the WTO.  The Strathmore team of Malehaah Khandwalla, Mishael Wambua, and Catherine Penda, defeated Universidad Javeriana from Colombia in the semi-final round and Harvard University of the USA in the final.  The team was coached by Harrison Mbori of Strathmore and the ACWL’s Christian Vidal-Leon. The Strathmore team’s overall victory is all the more remarkable because it is also the first time that an African team has advanced to the knockout stages of the final round.

The ACWL is proud to congratulate Malehaah, Mishael, and Catherine, as well as Christian and Harrison, on this wonderful achievement. Christian’s involvement meant that we saw up close the enormous energy and dedication the team put into the competition.

The John H. Jackson Moot Court Competition on WTO Law, organized by ELSA, is a world-wide moot court competition that enables students of WTO law to take part in a simulation of a WTO dispute settlement proceeding.  The teams are given a fictitious case and present their written and oral arguments, both as a complainant and as a respondent.  In each round, the teams have to defend their arguments before a panel of experts and respond to tough questions from the panelists.

The competition is organized on a regional basis, with the winners of the regional rounds earning the right to participate in the final round in Geneva.   The ACWL has been a proud sponsor of the African Regional Round of the competition since it began in 2014, as this competition provides a major learning and capacity building opportunity for African law students that might be interested in a career in WTO law.

Strathmore won the African Regional Round, which was held in Nairobi, Kenya, in April 2019.  The University of the Witwatersrand (South Africa), Kenyatta University (Kenya), and Kabarak University (Kenya) also qualified from the African Regional Round and distinguished themselves in the opening stages of the final round in Geneva. The ACWL was delighted to welcome these teams to a reception at the ACWL during the final round.

The ACWL congratulates these teams, as well as the other participating African teams, from universities in Ethiopia, Kenya, Lesotho, Nigeria, South Africa, Tanzania, Tunisia, Uganda, and Zimbabwe, on their enthusiasm and hard work in this competition.

A brief report on Strathmore’s achievement on Kenyan television news can be watched here. The highlights of the 2019 African regional round are available here. 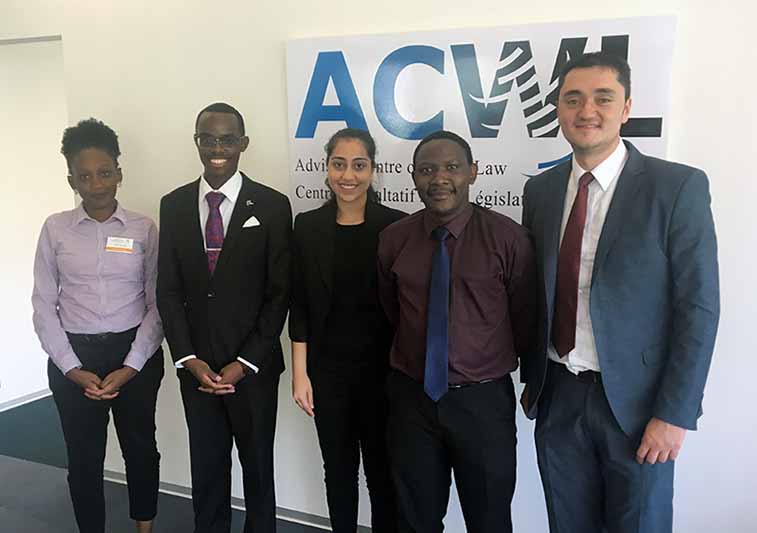