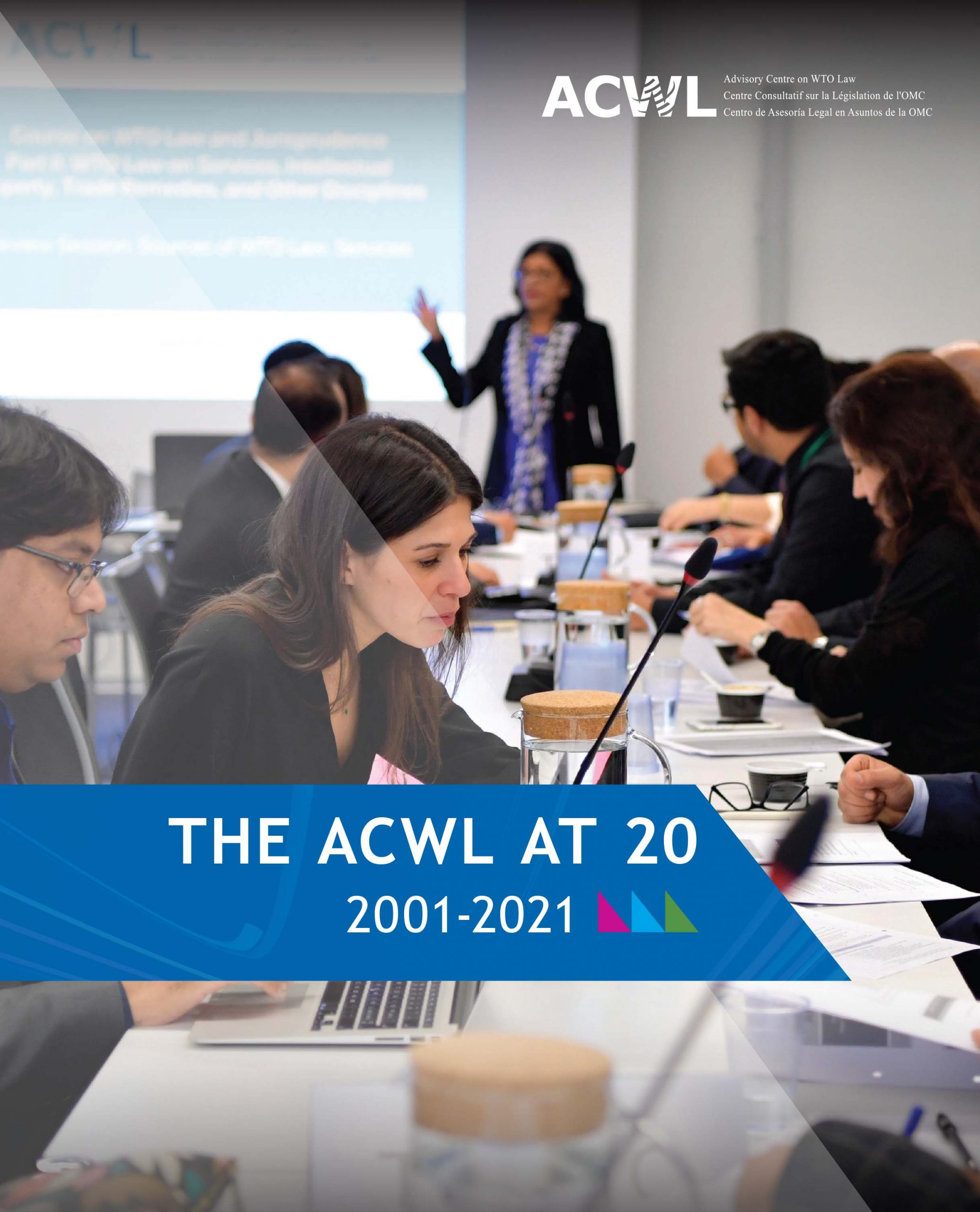 The Advisory Centre on WTO Law (ACWL) has issued a Report entitled The ACWL at 20: 2001-2021.  The Report summarizes the activities of the ACWL over its first 20 years of operations and can be downloaded here.  Hard copies will also be made available.

Founded in 2001, the ACWL is an intergovernmental organization independent of the WTO, located in Geneva.  The ACWL’s purpose is to assist developing and least-developed countries* to participate in the WTO’s rules-based multilateral trading system.  The ACWL’s mandate is (i) to provide these countries with advice on WTO law; (ii) to assist them in WTO dispute settlement proceedings; and (iii) to provide them with training on WTO law. WTO Director-General Ngozi Okonjo-Iweala recently described the ACWL as “a testament to WTO members’ commitment to an inclusive WTO, in which all members can take advantage of the benefits of rules-based trade”.  She added that “[m]oving forward, the ACWL’s continued work will be an important contribution to our efforts to strengthen confidence in dispute settlement and in the WTO”.

The Report details the ACWL’s achievements in fulfilling this mandate over the past 20 years.  The ACWL has provided over 3’100 legal opinions – an average of over 200 per year over the past five years – to 74 individual developing and least-developed countries.  The ACWL has assisted in 68 dispute settlement proceedings, which represents almost 20 per cent of all WTO disputes since 2002.  The ACWL has also conducted many successful training programmes.  These include the Secondment Programme for Government Lawyers, which has given 53 lawyers from developing and least-developed countries the opportunity to spend nine months each working and learning at the ACWL.

* The terms “country” and “developing country” include separate customs territories and countries with economies in transition.