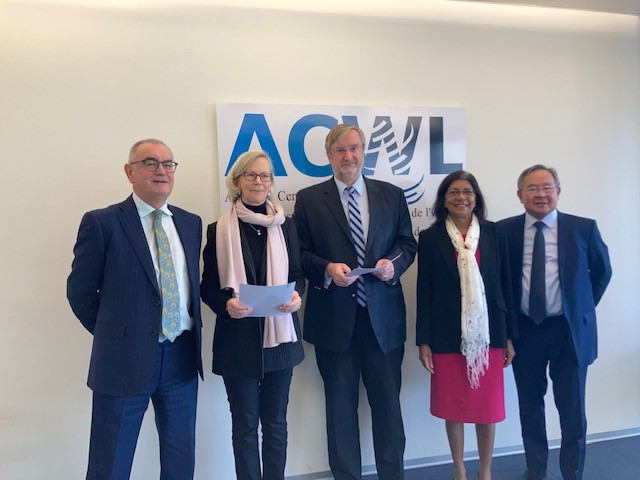 The Ministry for Foreign Affairs of Finland has announced that it has committed to provide support to the Advisory Centre of WTO Law (AWCL) in a total amount of €1,4 million over the period 2022-2026.  Established in 2001, the ACWL is an international organization located in Geneva that provides developing countries and least-developed countries (LDCs) with the legal capacity necessary to enable them to take full advantage of the opportunities offered by their membership in the WTO and in the rules-based multilateral trading system.  Finland’s latest commitment represents an increase in the funding it provided to the ACWL over the 2017-2021 period.

At a signing ceremony at the ACWL on 1 March 2022, H.E. Ms Kirsti Kauppi, Ambassador and Permanent Representative of Finland to the WTO, stated that Finland has been a proud supporter of the ACWL for two decades already and looked forward to continuing its support.  She said that Finland sees the ACWL’s work as helping to achieve Finland’s goal of building a secure and predictable rules-based multilateral trading system by supporting the participation of developing and least-developed countries in that system.

Mr. Niall Meagher, Executive Director of the ACWL, thanked Ambassador Kauppi for Finland’s commitment and expressed his sincere appreciation for Finland’s ongoing support for the ACWL’s activities and for its recognition of the importance of the ACWL in the WTO legal system.  Mr. Meagher also thanked all of the colleagues in Helsinki and in Finland’s Mission to the WTO in Geneva that had worked hard on securing this commitment and looked forward to continuing this successful relationship.

The ceremony was also attended by Mr. Eugene Forde, current Chairperson of the ACWL’s General Assembly and Deputy Permanent Representative of Ireland to the WTO.  Mr. Forde also thanked Finland for its ongoing support for the work of the ACWL. He urged the ACWL’s other developed country Members also to continue to support the ACWL.

Developing countries and LDCs face significant resource constraints in participating in WTO dispute settlement proceedings, obtaining legal advice on the WTO-consistency of their domestic laws, as well as other countries’ laws, and fully understanding the legal implications of negotiations of new rules in the WTO.   The ACWL offsets these constraints by providing its developing country Members and the LDCs – at present, 82 countries – with permanent access to specialised legal advice on these matters.  The ACWL thus contributes to the fair and inclusive nature of the rules-based multilateral system.

The ACWL provides the following services: