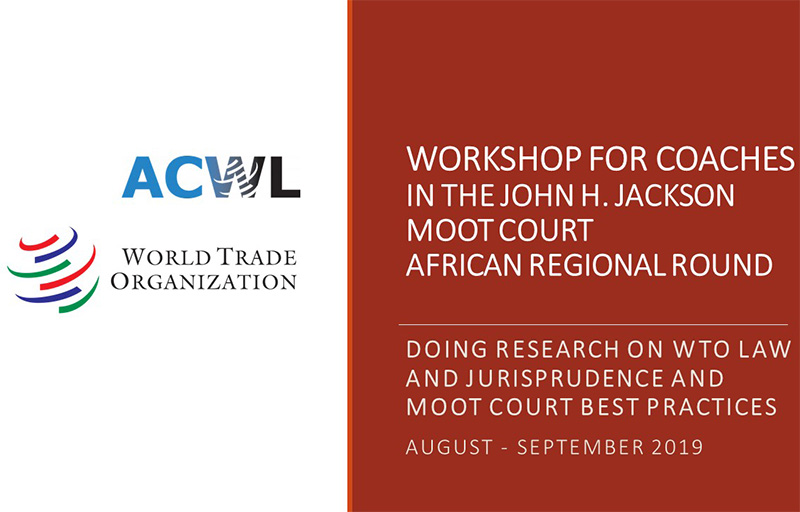 The John H. Jackson Moot Court Competition on WTO Law, organized by the European Law Students Association (ELSA), is a world-wide moot court competition that enables students of WTO law to take part in a simulation of a WTO dispute settlement proceeding.

The competition is organized on a regional basis, with the winners of the regional rounds earning the right to participate in the final round in Geneva. The ACWL has been a proud sponsor of the African Regional Round of the competition since it began in 2014, as this competition provides a major learning and capacity building opportunity for African law students that might be interested in a career in WTO law. In 2019, Africa, represented by Strathmore University from Nairobi, Kenya, won the International Round in Geneva for the first time.

This year, the ACWL’s lawyers were joined by colleagues from the WTO to teach the workshops for coaches, in addition to the ACWL lawyers. The workshops covered topics including how to do research on WTO law, moot court best practices, including drafting skills, and the basic principles of WTO law.  Nineteen coaches from 11 different universities in Africa registered for the workshop. The sessions were provided individually to each university via internet video calls.