Ms Valles is Deputy Director at the Advisory Centre on WTO Law (ACWL). Before becoming Deputy Director, Ms Valles had been Senior Counsel at the ACWL. She has assisted ACWL developing country Members in many dispute settlement proceedings before the Appellate Body, panels and arbitrators at the World Trade Organization (WTO). She has also drafted hundreds of legal opinions on the WTO agreements, including on the GATT 1994, the GATS, the TRIPS Agreement, Customs Valuation Agreement, the SCM Agreement and the Safeguards Agreement. She was actively involved in the development of the ACWL training programme and has taught at all the courses. Ms Valles hosts the ACWL Women’s Discussion Group , in which women delegates meet to discuss topical issues in WTO law.

Before joining the ACWL, Ms Valles was at the U.S. law firm of Sonnenschein (now Dentons). She provided advice to corporate clients on international trade law issues.

Ms Valles joined the Canadian Foreign Service in 1989. During the Uruguay Round, she was responsible for trade policy issues in the Services, Investment and Intellectual Property Division at the Department of Foreign Affairs and International Trade. She had a three-year posting as a Trade Commissioner in Kuala Lumpur, Malaysia.

Ms Valles has lectured on WTO law for international organisations (e.g., International Development Law Organization) and at universities (e.g., the LL.M. programme at the University of Western Cape, South Africa). She also lectured on trade in services at the Joint Academy of the World Trade Institute and Centre for WTO Studies in New Delhi, India.  She is frequently appointed by the World Intellectual Property Organization (WIPO) as an Arbitrator for domain name disputes.

She presents regularly at the WTO training programmes, most recently as a panellist on “Representing the Complainant before panels, arbitrators and the Appellate Body” at the WTO Advanced Course on Dispute Settlement.

– “A look to the horizon: where will trade and investment law, investment protection and investor-state dispute settlement be in 10/20 years”? The London Conference on International Law, organized by Foreign and Commonwealth Office, London, United Kingdom, October 2019

– “The Appellate Body Crisis” at a conference organized by the Cato Institute and held at the Graduate Institute, Geneva.

– “Different forms of expert involvement” at a symposium organized by the Max Planck Institute for Procedural Law, Luxembourg.

– “How to balance prompt settlement with adequate settlement of disputes?” at a conference organized by the World Trade Institute at the WTO.

– “Do developing countries have policy space to achieve legitimate objectives?” at a symposium organized by the International Centre for Trade and Sustainable Development at the 11th WTO Ministerial Conference in Buenos Aires, Argentina.

– “The WTO Dispute Settlement System: Challenges faced by Developing Countries” at the University of Dundee, Scotland.

– “Treaty Interpretation under the Vienna Convention on the Law of Treaties” at a conference organized by the British Institute of International and Comparative Law in London.

– “Implementation Issues Arising under the WTO Agreement” at the Asia-Pacific Economic Cooperation (APEC) Advanced Seminar on the WTO Dispute Settlement Understanding in Singapore. 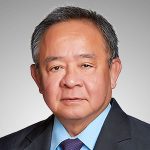 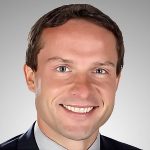