Ms Ana María Garcés Escobar, from Colombia, is a lawyer at the International Legal Affairs Bureau of the Colombian Ministry of Industry, Trade and Tourism. The International Legal Affairs Bureau represents Colombia in all international trade matters, including the defense of Colombia’s interests in international dispute settlement proceedings.   Ms Garcés Escobar was a member of the legal team representing Colombia in its ongoing WTO disputes, both as a party and as a third party.  Her responsibilities included drafting Colombia’s submissions and assisting with evidence gathering and analysis, as well as providing the Ministry with legal advice regarding international trade matters, including legal assessments of trade measures to be adopted by Colombia and other countries.  Ms Garcés Escobar has a law degree from the Universidad de los Andes in Bogotá Colombia. She also holds a degree in Economics and a Graduate degree in International Business Law from the same university. 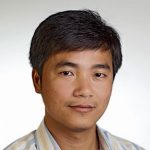 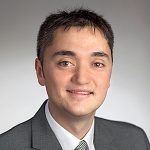 Mr. Christian Vidal-León
We use cookies to ensure that we give you the best experience on our website. If you continue to use this site we will assume that you are happy with it.Ok