Mr. Vitaliy Pogoretskyy joined the ACWL as Counsel in May 2013. Previously, from January 2012 to May 2013, he worked as an intern and a dispute settlement lawyer at the WTO Secretariat, Rules Division. During his tenure in the Secretariat, Mr. Pogoretskyy assisted panels in disputes involving anti-dumping and countervailing-duty matters, including drafting legal opinions and panel reports. In addition, he was involved in teaching and research activities.

Prior to joining the WTO Secretariat, Mr. Pogoretskyy worked as a junior lawyer and external consultant in a Brussels-based law firm. In that capacity, he advised governments of developing countries and regional inter-governmental organisations on various aspects of WTO law and EU law. From 2005 to 2006, he worked as a civil servant of the Government of Ukraine.

Mr. Pogoretskyy is a member of the Ukrainian Bar.

Mr. Pogoretskyy has published extensively in English, Russian and Ukrainian on various aspects of international law and WTO law. His recent publications include: 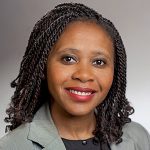 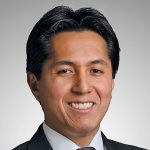 Mr. Alejandro Sánchez
We use cookies to ensure that we give you the best experience on our website. If you continue to use this site we will assume that you are happy with it.Ok