Alejandro Sánchez joined the ACWL in 2010.  He has assisted ACWL developing country Members in WTO dispute settlement proceedings before WTO panels, the Appellate Body and arbitrators. His experience includes WTO disputes under the GATT 1994, the GATS, the Agreement on Agriculture, the Agreement on Customs Valuation, the TBT Agreement, the Safeguards Agreement, the SCM Agreement, and the TRIPS Agreement. Mr. Sánchez also provides legal advice on a broad scope of WTO legal issues and provides training to officials of ACWL developing country Members and least-developed countries as part of the ACWL’s capacity-building activities.

Prior to joining the ACWL, Mr. Sánchez served for four years as legal advisor at the Office of the General Counsel for Trade Negotiations in the Ministry of Economy of Mexico. In that capacity, he provided legal advice on a wide range of matters related to the WTO, NAFTA and other Free Trade Agreements signed by Mexico. Mr. Sánchez was also directly involved in the litigation of several WTO disputes on behalf of Mexico as well as in proceedings on trade-related matters before Mexican domestic courts.

Mr. Sánchez holds a law degree from the Universidad Autónoma de Guadalajara (honours) and a Master of Laws degree (LL.M.) from McGill University.

Mr. Sánchez speaks Spanish, English and French, and is conversational in Japanese. 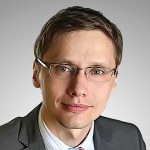 Ms Sandra Roethlisberger
We use cookies to ensure that we give you the best experience on our website. If you continue to use this site we will assume that you are happy with it.Ok