Ms Aldina Sakhi, from Kazakhstan, is a governmental official at the Ministry of Trade and Integration of Kazakhstan. Ms Sakhi was directly involved and contributed as key member of Kazakhstan’s negotiating team on trade in services and investment issues during its accession to the World Trade Organization, the establishment of the Eurasian Economic Union, its accession to the Investment Committee of the Organization for Economic Cooperation and Development. She also participated in the conclusion of various bilateral trade and investment agreements, including the Enhanced Partnership and Cooperation Agreement between Kazakhstan and the European Union.

From 2017-2021, Ms Sakhi served as a diplomat at the Permanent Mission of Kazakhstan to UNOG and WTO in Geneva. She coordinated Kazakhstan’s participation in a number of ongoing negotiations in the WTO, such as Joint Statement Initiatives on E-commerce, Investment Facilitation, Services Domestic Regulation as well as the WTO reforms and other key agenda issues of the 12th Ministerial Conference.

Ms Sakhi holds a bachelor degree in Public Administration from Al-Farabi Kazakh National University and a LLM in Civil Law from Moscow University for Industry and Finance. 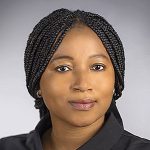 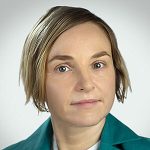 Olga Falgueras del Alamo
We use cookies to ensure that we give you the best experience on our website. If you continue to use this site we will assume that you are happy with it.Ok