Ms Maria Alcover joined the ACWL as Counsel in 2013 and became Senior Counsel in 2022. Previously, she served as a legal officer at the Appellate Body Secretariat of the WTO from 2011 to 2013. In that capacity, she provided legal and administrative support to Appellate Body Members in appeals of WTO panel reports, as well as in arbitration proceedings to determine the reasonable period of time for compliance with adverse WTO rulings. She also participated in the WTO’s technical cooperation and training programmes in Geneva.

Prior to joining the WTO, Ms Alcover served as an intern at the Directorate-General for Trade of the European Commission in Brussels. She worked for the Legal Aspects of Trade Policy Unit, where she was involved in the litigation of WTO disputes and the negotiation of FTAs on behalf of the European Union.

Ms Alcover is a Spanish national. She holds a Law Degree and a Master of Laws degree (LL.M.) in International Economic Law and Policy from the Universitat de Barcelona, as well as a Translation and Interpretation Degree from the Universitat Autònoma de Barcelona. She is fluent in Catalan, Spanish and English, and has good understanding of French and Portuguese. She also has a basic knowledge of Arabic.

Ms Alcover is a member of the Barcelona Bar. She has published: 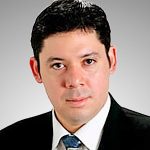 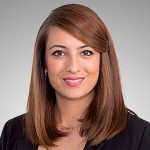 Ms Leah Buencamino
We use cookies to ensure that we give you the best experience on our website. If you continue to use this site we will assume that you are happy with it.Ok