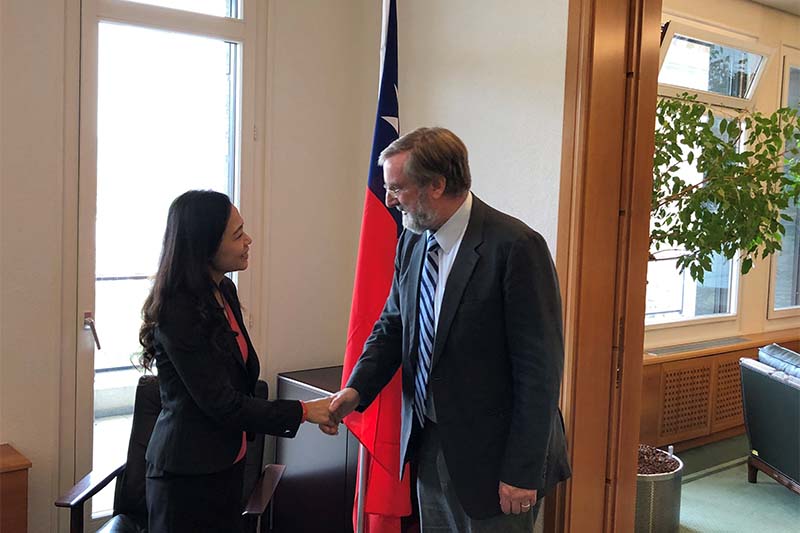 The Separate Customs Territory of Taiwan, Penghu, Kinmen and Matsu, an ACWL developing country Member, has announced that it is making an additional voluntary contribution of USD 49,154 (equivalent to 1.5 million New Taiwan Dollars) to the ACWL. Announcing the contribution, Dr. Yu-Ping Lien, Chargé d’affaires a.i. of the Permanent Mission of the Separate Customs Territory of Taiwan, Penghu, Kinmen and Matsu to the WTO, expressed her government’s appreciation for the high quality legal advice provided by the ACWL to her government, as well as to the other developing and least-developed countries that use the ACWL’s services. Niall Meagher, Executive Director of the ACWL, expressed his thanks for the generous support on behalf of the beneficiaries of the ACWL’s services and looked forward to continuing to assist Dr. Lien and her colleagues.

This voluntary contribution follows other contributions that it made in previous years. In addition, the Separate Customs Territory of Taiwan, Penghu, Kinmen and Matsu, like other developing country Members, contributed to the ACWL’s Endowment Fund on its accession to the ACWL. Under the ACWL’s current financing plan, its annual budgets are generally financed by voluntary contributions from the following ACWL developed country Members: Australia, Canada, Denmark, Finland, Ireland the Netherlands, Norway, Sweden Switzerland, the United Kingdom and Germany, an ACWL Associate Member.